An increasing number of older men are seeking diagnosis in later life. This trend is also matched in older women too which seems to be a growing trend to discover if they have Asperger Syndrome or some other condition.  A welcome realisation is that nowadays being diagnosed with a condition is no longer something to be feared.

Apparently in the older population who are seeking understanding of themselves, the fear surrounding revealing one has a condition are disappearing.

In a rare study looking at older adults with autism, Hilde Geurts, a neuropsychologist at the University of Amsterdam, followed up on the observation that many of the men and women she sees in her autism clinic also have depression. This suggested to her that older adults with depression warrant a closer look for signs of autism.

Diagnosis seems to give them a new insight as to understanding  how and why they feel depressed which is often linked to frustration and anxiety.  Often key features of people with Autism.

The Geurts study, published late last year, revealed that 31 percent of adults between 60 and 90 years of age who have depression also show signs of autism, compared with only 6 percent of older adults without depression.

“Most people still think that if [someone has] autism, it should have been diagnosed early in life, because it can be,” Geurts says. “When there is indeed someone with a long history of depression and difficulties in life, you still need to think about a diagnosis of autism.”

Geurts and her colleagues are following a group of older adults with autism to see whether certain skills track with depression. They’re particularly interested in whether depression might stem from a sense of helplessness in one’s daily life.

“We want to see whether mastery — whether you can make your decisions yourself — has an influence on how strong the relationship between autism and depression is,” she says. 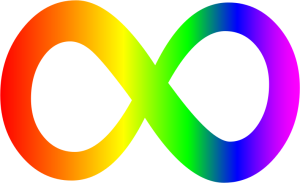